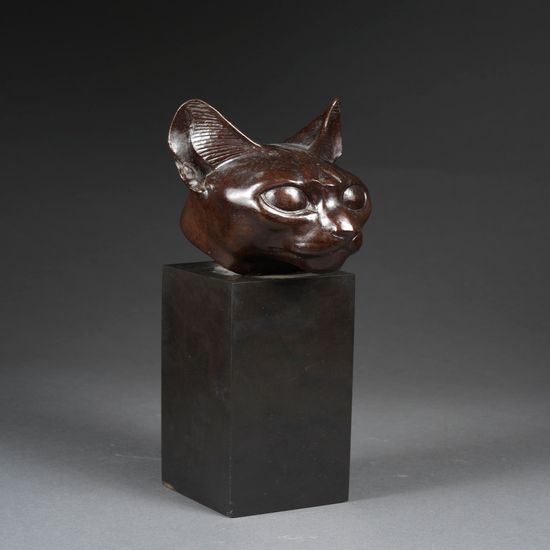 Since his death, his fame has continued to grow and he is now one of the greatest in the eyes of amateurs, with Bugatti, Pompon, Guyot and Sandoz.

In Egypt, the cat was not only loved for its usefulness, but also worshipped as an emblem and as an incarnation of the gods. It represented in particular the god Osiris who, when he did not want to be recognized, liked to transform himself into a cat, and the goddess Bastet, or Bast, benefactor with the body of a woman and the head of a cat. Protector of the home and guarantor of fertility, guardian of health and personification of light and warmth, the goddess Bastet was the most beloved deity of the people and no one could be found who did not possess an amulet of her.

If you own a sculpture by Charles Artus, our specialists remain at your disposal to give you a free estimate.